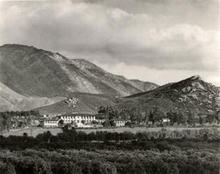 The history of the College dates back to 1907 when the Citrus Experiment Station was established at the base of Riverside's Mt. Rubidoux. When state officials approved its expansion in 1914, the station moved to a site that would, four decades later, become the University of California, Riverside. In 1958, the College of Agriculture was formed. Steady growth and a series of mergers with other science and mathematics disciplines led to the 1974 formation of the present College of Natural and Agricultural Sciences.

UCR's College of Natural and Agricultural Sciences (CNAS) seeks to expand fundamental scientific knowledge in the biological, physical, mathematical, and agricultural sciences and to find innovative ways to apply that knowledge through teaching and public service. An atmosphere of intimacy and excellence, diversity and distinction, and prestige and preeminence attracts the top faculty and students in the 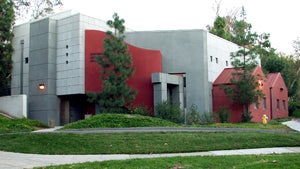 A variety of remarkable collections and research facilities exist on the UCR campus, maintained by CNAS for the benefit of its faculty, other academic staff, and colleagues throughout California and beyond. Those interested in visiting these facilities are requested to call ahead to make arrangements unless public hours are noted on the web site.

Take a tour of our world class facilities!

In the areas of science that are of interest to several disciplines have sprung up the College's 14 centers and institutes, hotbeds of interdisciplinary research. Most CNAS faculty members belong to at least one, and their students have the opportunity to work in these flourishing incubators of tomorrow's discoveries.

At the College of Natural and Agricultural Sciences, the faculty who join them in research have made CNAS and its programs internationally renowned. From the earliest days of the Citrus Experiment Station to today's breakthroughs, CNAS researchers have made discoveries, made news, and been recognized by their peers as preeminent in their fields.

Let us help you with your search